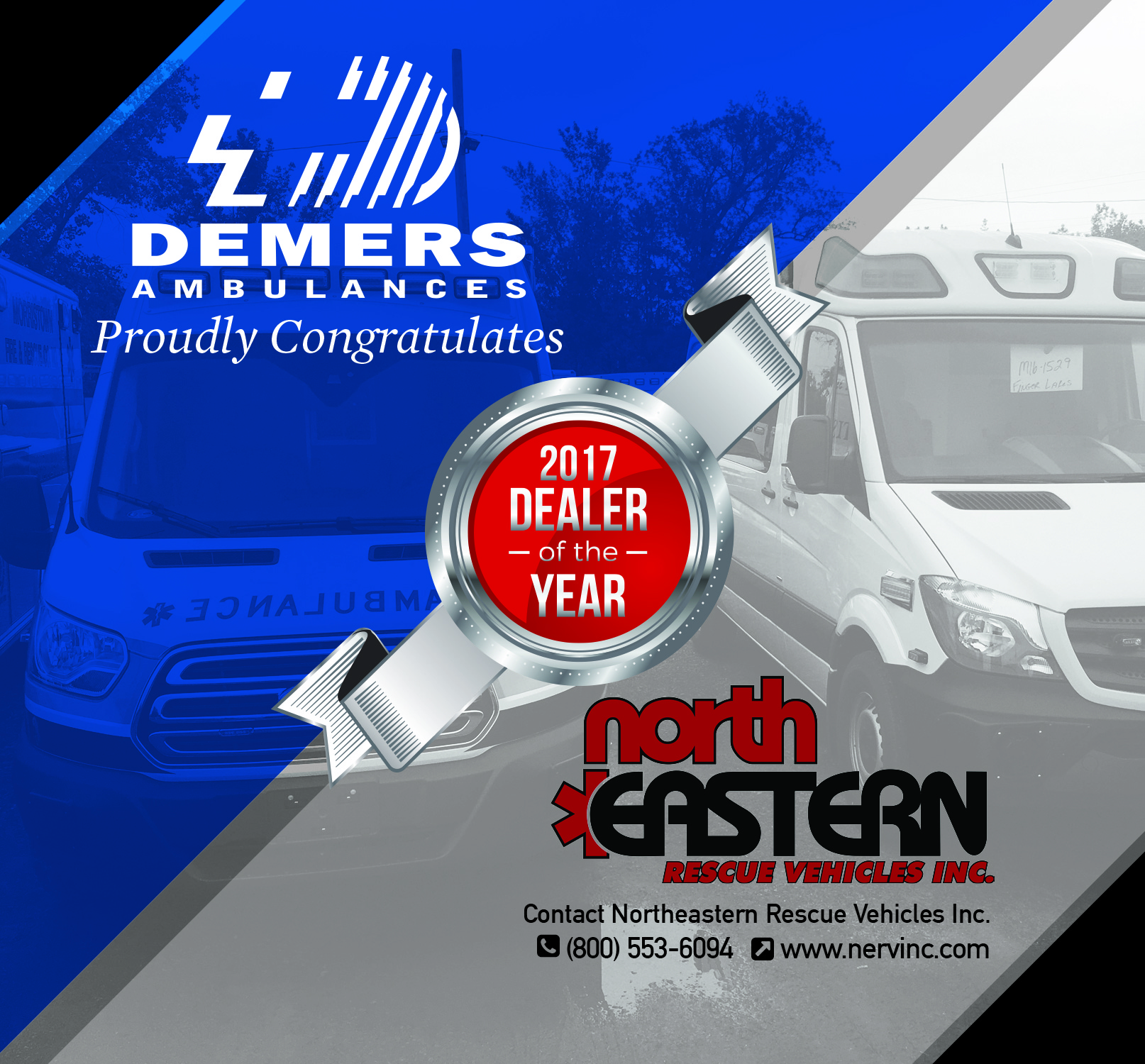 Montreal, May 14, 2018 – Demers Ambulance, a North American leader in ambulance manufacturing, has announced North Eastern Rescue Vehicles (NERV) as the company’s 2017 Dealer of the Year for unit sales. The award focuses on excellence in dealership performance, as well as business and unit sales performance within the United States.

“This is the eleventh year North Eastern Rescue Vehicles has been recognized as a Demers Dealer of the Year,” said Benoit Lafortune, Demers Ambulances executive vice president. “We’ve had a successful partnership with NERV for many years, and we are proud to recognize them once again for their commitment to not only selling our ambulances, but also embracing our key values.” The Demers Dealer of the Year award for unit sales was recently presented at the 2018 Fire Department Instructor’s Conference (FDIC International), held in Indianapolis, Indiana.

“Receiving this award is validation of the efforts of our incredible team,” said Bob Reilly, owner of North Eastern Rescue Vehicles. “We value the relationship we have with Demers Ambulances in helping us to provide an outstanding customer experience.”

Headquartered in Syracuse New York, North Eastern Rescue Vehicles, Inc. is one of the largest independent ambulance dealers in the country.  NERV has 10 extremely qualified salespeople serving New York and New England. Since 1987, NERV’s business has been built through service one customer at a time. NERV strives to be the one-stop source for all their customer’s needs. Customer loyalty and repeat sales are what drives the company. To learn more about North Eastern Rescue Vehicles Inc., visit www.nervinc.com.